Up bright and early to finish packing and get the apartment all clean and ready for our departure. My least favorite part of a vacation, naturally. Mark and I went to get the car, and they gave us this song and dance about how lucky we were to get an upgrade to a bigger car at no extra charge, etc. and they were very glad to hear we had kids. When we got to where the car was we understood why–we had a minivan! The people who rented at the same time as us got to zoom away in a cute little Fiat. But they were right, it was comfortable, and sure, we’ll take it to the Barcelona airport for you. We got the kids and set off on 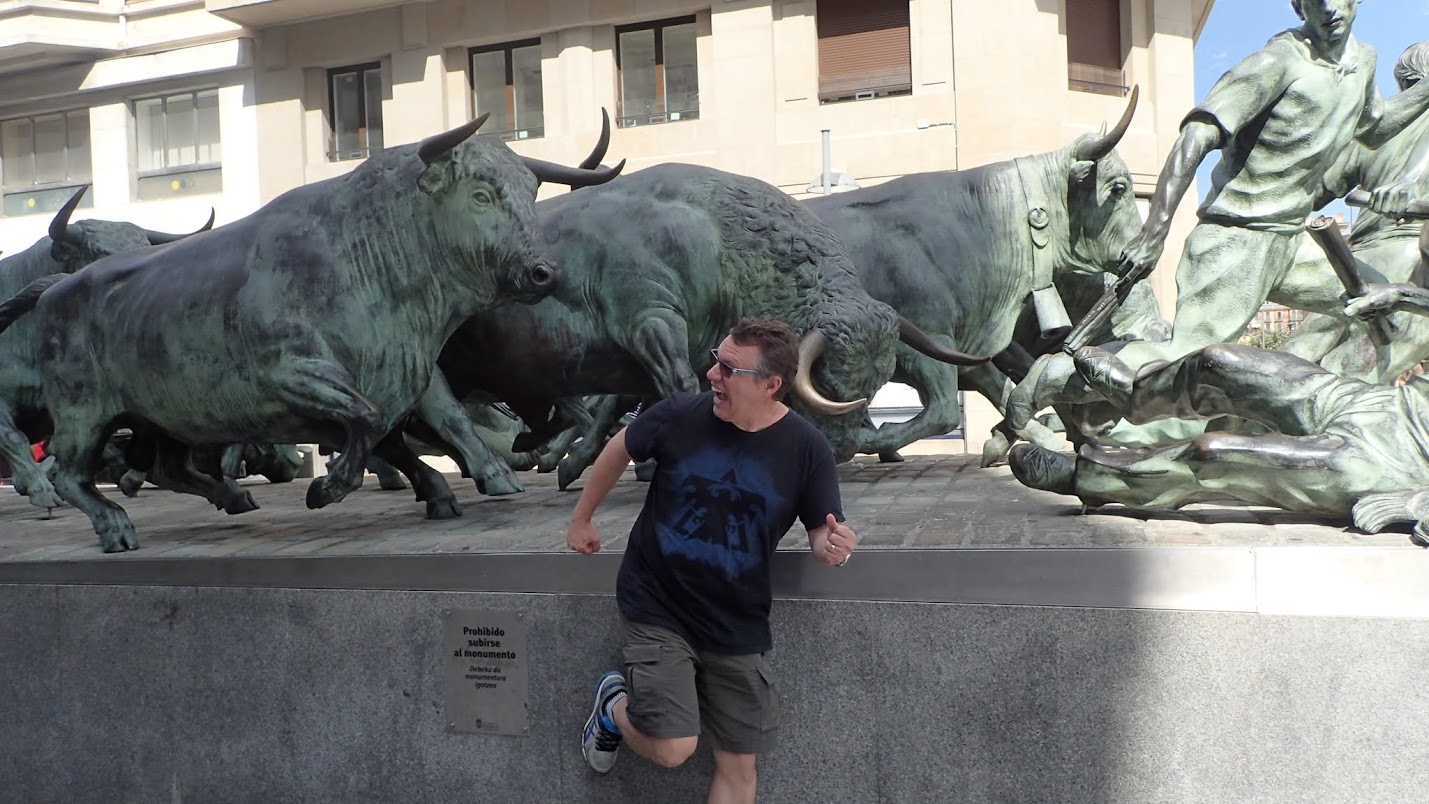 our epic journey. We stopped in Pamplona so Mark could relive his college days when he ran with the bulls, and walked around the town a bit. Because it was a holiday Monday, lots of stuff was closed so we wound up at Cafe Iruna, big mistake. We would have been better off at the nearby Burger King, seriously. The servers were way overbusy and so rude, and the food was terrible. Without hesitation, the 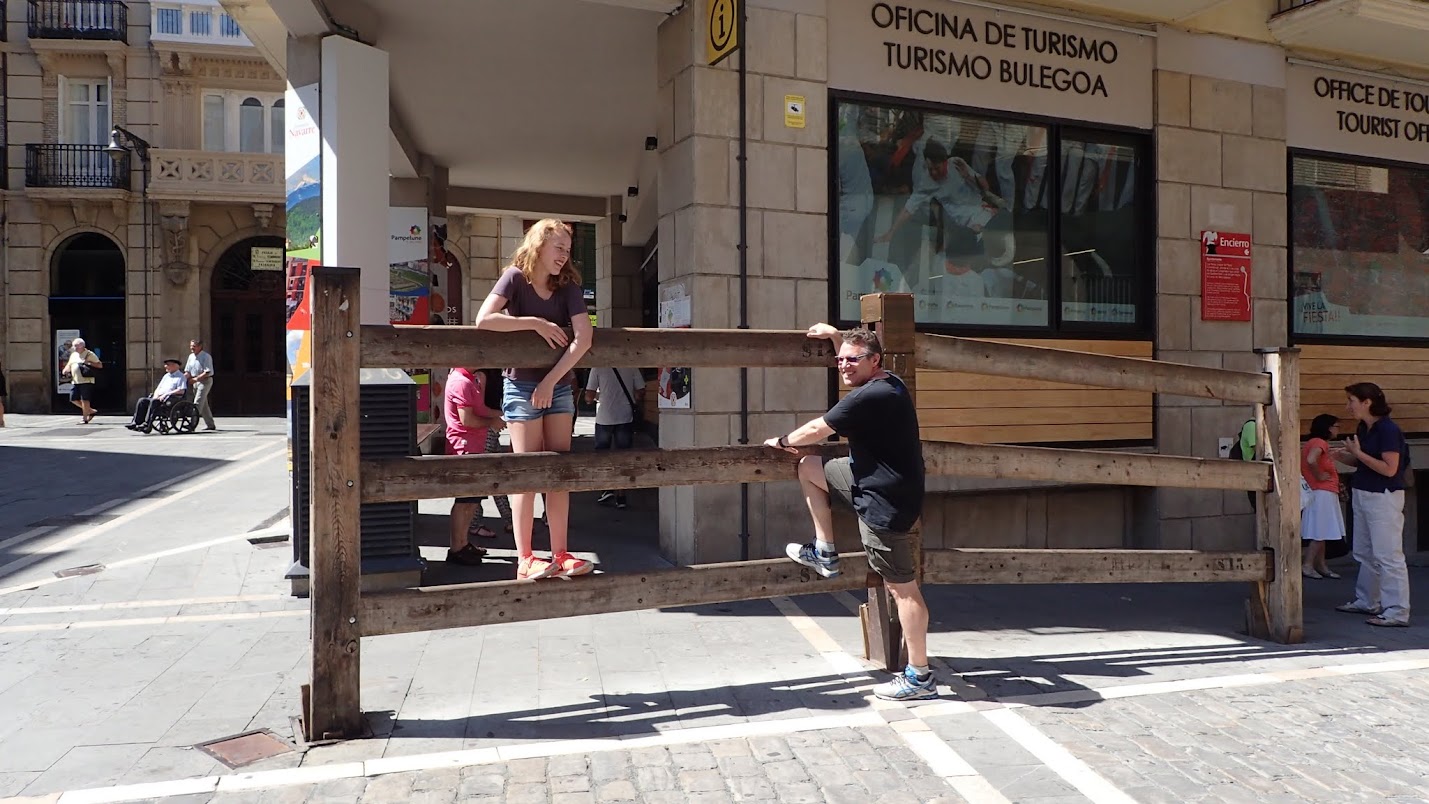 worst meal of the trip. We continued to drive through some less scenic areas and then as we got closer it got prettier and I realized I really 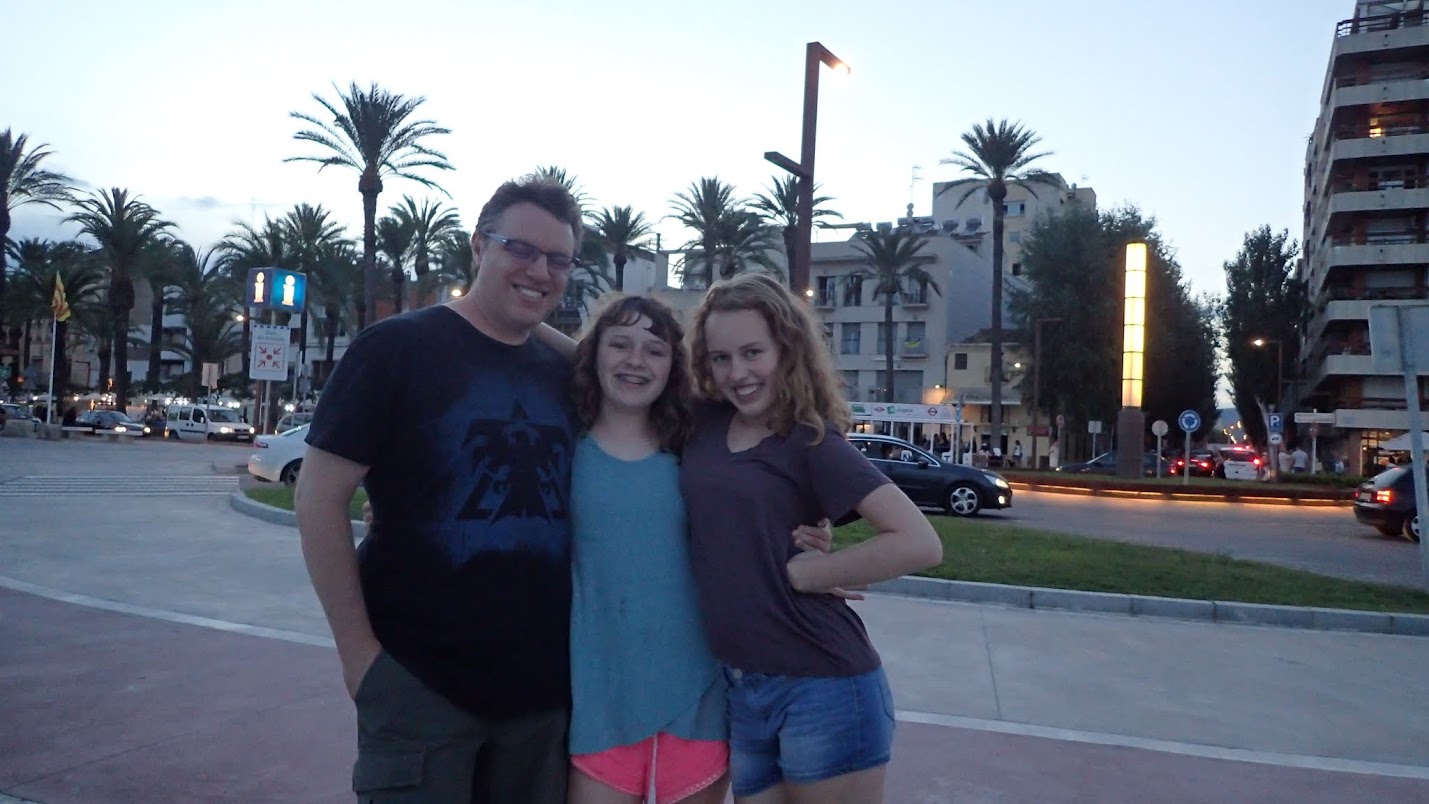 didn’t want this vacation to end. Mark agreed to have dinner along the coast instead of near our airport hotel in Barcelona, so we went off of the highway onto the smaller roads and wound up at Vilanova i la Geltrú where there was a lively waterfront scene and lots of restaurants to choose from. We had a nice Italian dinner, took a walk to the end of the warf, and then headed out to Barcelona. We got to the Best Western Aeropuerto kind of late (and it’s not near the aeropuerto really) but it was a nice hotel and the rooms were good. Nothing to do but get ready for bed.

Got up and out of the hotel and to the airport with no hassles except a realization that stop signs become more like a game of chicken during rush hour in Barcelona. Once we stopped at the sign, the oncoming traffic refused to stop at theirs. So we 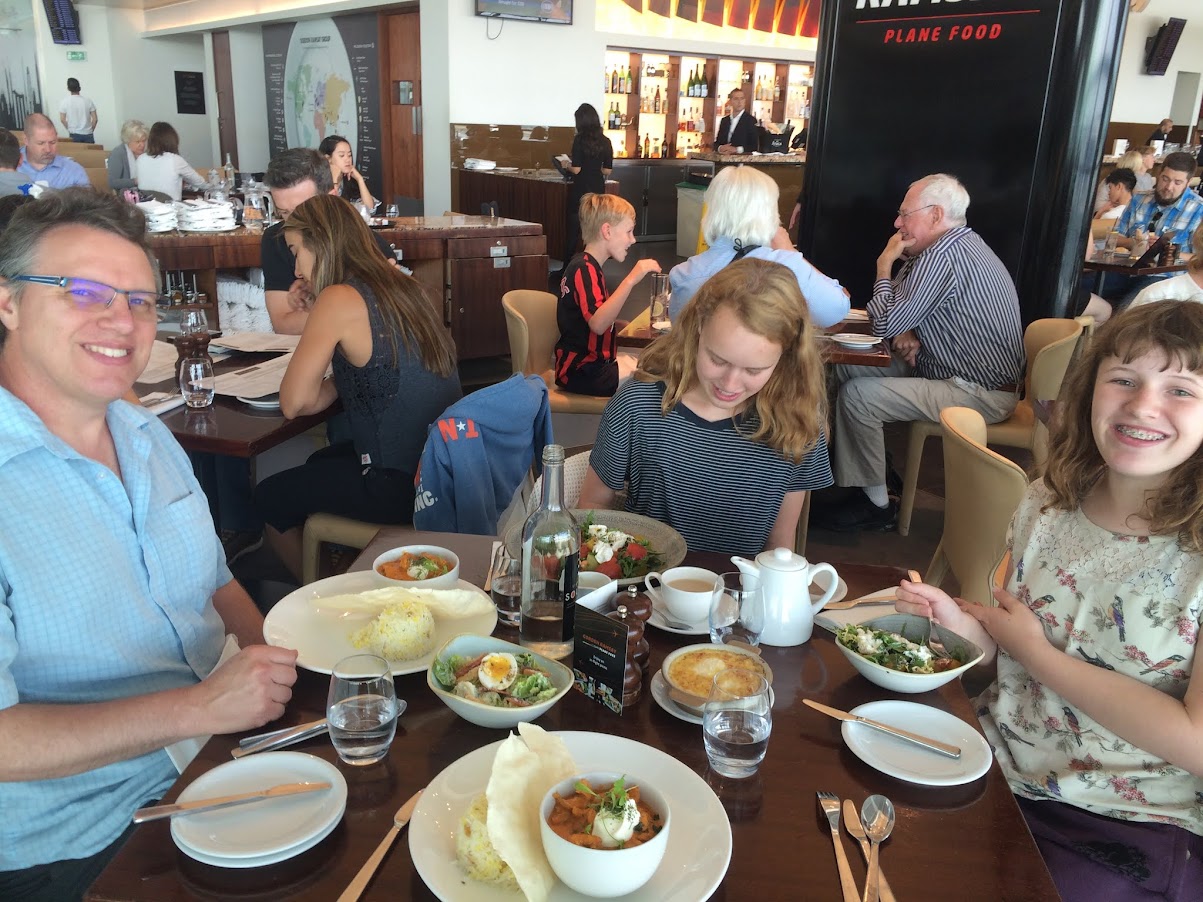 waited until the road was all clear and then it was our side’s turn. Dropped the car off no problem, and then we went through the security line in time to have breakfast in the airport. Got on the airplane and got to Heathrow, where we went through the additional security but this time at least all the people in our family had learned their lesson and removed their electronics, etc. We had a nice lunch at Gordon Ramsey’s Plane Food, and then boarded our flight for San Jose, again in Economy Plus. So nice. Once we got to San Jose I got a text that said that one of our luggage pieces hadn’t made it. Unfortunately, it was Charlotte’s, chock full of all of the clothes she’d bought that she was planning on wearing the first day of school. We filled out our report and took our taxi back home to find everything was as it should be. The luggage did turn up, delivered to our house two days later. Too late for Charlotte to wear the stuff to school, but at least she got everything back!

What a wonderful trip!