Sundays in Napoli are very quiet! After a nice breakfast in the hotel, we headed out to the Archeological Museum, which was just down the street. It was very uncrowded, and we had lots of space to enjoy the treasures (and not so treasured treasures) from Pompeii and other Italian locations. 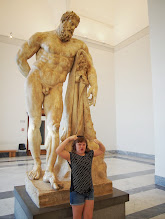 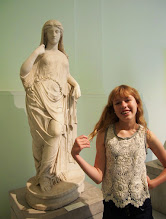 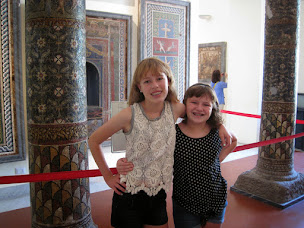 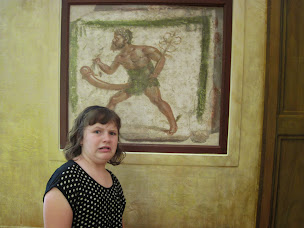 We spent a couple of hours at the museum and then walked back to our hotel and then out again to explore Napoli. We saw the old roman street right in Piazza Bellini, 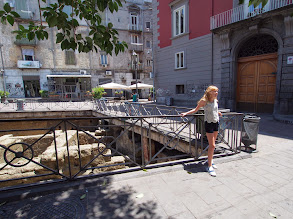 then walked through the Porta D’Alba and into the Piazza Dante, and then into the old area of Naples. Stopped for a nice lunch and then took the funicular 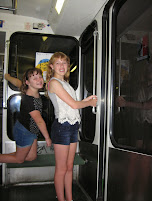 up to the top of San Martino hill, where clearly the wealthier people of Napoli live. We got some great views of the city from up there, but didn’t want to tour the Castel Sant’Elmo (which is now a museum) or the Monastery Museum, so we headed back down, stopping for gelato on the way. We stopped for the Neopolitan specialty, sfogliatell, at the Gran Caffe Gambrinus, and then took the long walk back to the hotel. Genevieve was able to score an Anna doll from Frozen at the Disney store we passed, and she was pretty excited as they’ve been sold out in the US for quite a while. We hung out in the hotel a bit and then headed out to dinner. Kind of tricky on a Sunday night because nothing much was open, but we 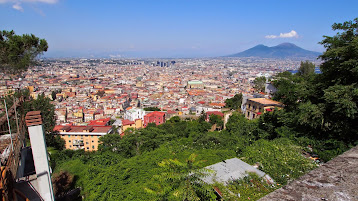 did finally find a decent restaurant.